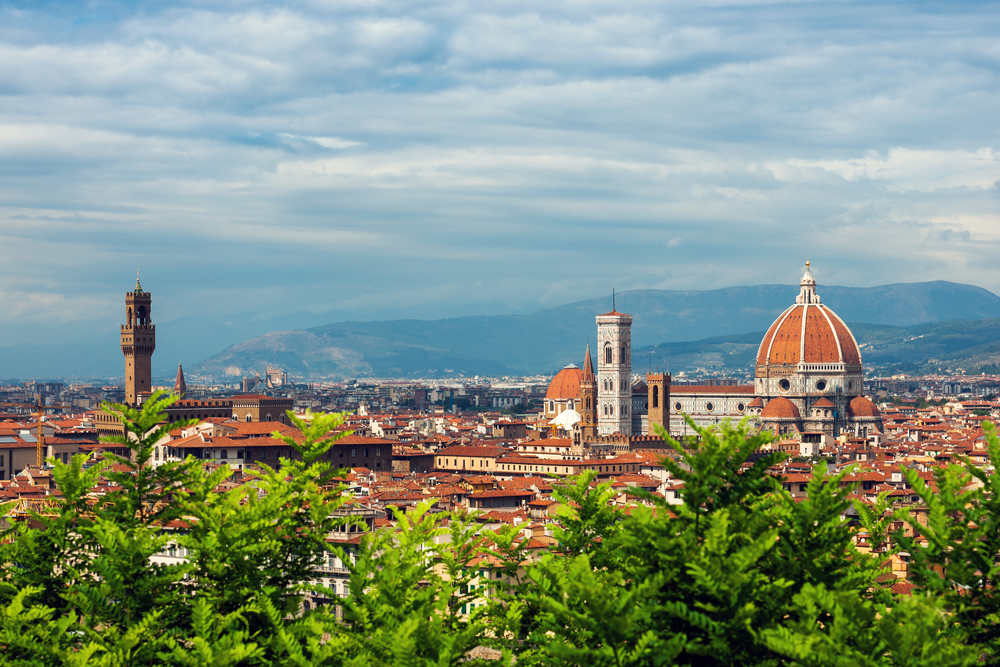 The Royal Palace of Florence! Pitti Palace is the largest of all Florentine palaces and its history spans several centuries, starting with Luca Pitti (from which the palace takes its name) in 1458. Luca Pitti was a merchant and banker; one of the most tenacious rivals of the Medici who always tried to thwart his rise to power, even going so far as to strive for a conspiracy! Its authorship is attributed to Filippo Brunelleschi even if it was Luca Fancelli who finished the first central body in typical Renaissance style with rusticated ashlar decorations. When a century later, in the mid-16th century, the Dukes Cosimo I and Eleonora of Toledo moved there, the palace was enlarged with a large internal courtyard designed by Bartolomeo Ammannati. Then, in the early 1800s a further expansion under the Lorraine Grand Duchy and finally, in the years of capital Florence, Palazzo Pitti became the residence of the Savoy royal family with King Vittorio Emanuele the II°.

THE TREASURE OF THE GRAND DUKES, THE QUARTIERE DEL VOLTERRANO AND THE PLANETS ROOMS

Ground floor rooms were the summer apartments of the Medici Grand Dukes and precious collections of personal belongings belonging to the Medici family are preserved. The jewels of Anna Maria Luisa, the last descendant of the Medici dynasty and creator of the famous “Family Pact” are on display, which, even today, allows us to admire the immense legacy of the Medici. In the Palatine Gallery are collected mostly masterpieces of the 16th and 17th Centuries. Mannerist paintings with 11 works by Raphael, 18 works by Andrea del Sarto and 13 paintings by Titian; Baroque and Flemish painting with Rubens and Van Dyck. Baroque frescoes to celebrate the glory of the Medici family painted by Pietro da Cortona in the famous “Planets Rooms”.

It is the most recent Art Gallery and collects works by the greatest exponents of Neoclassicism and 20th century painting. Strongly desired by the Grand Duke Pietro Leopoldo — first Grand Duke of the Lorenese dynasty — to preserve and exhibit the works awarded at the competitions of the Academy and of the most illustrious professors of painting and sculpture. Of the latter there are works by Lorenzo Bartolini and Antonio Canova. The paintings of the “Macchiaioli”, Historical Romanticism and Genre Painting are exhibited; works that tell with great emotion the eras of the Lorraine Grand Duchy and the Unification of Italy, through the brief but incisive presence of Napoleon. The 19th century will lead to the unification of Italy, until then perceived only as a geographical entity or a little more.

It is the first and largest Italian garden, a grandiose contamination of natural and human architecture ranging from the 16th to the 19th century; from Mannerism to Neoclassicism. The project was carried out in several eras, starting from the mid-sixteenth century on a project by Bartolomeo Ammannati and Niccolò Tribolo, then in the seventeenth century with a more complex architecture, up to the current aspect that resulted from the works of the Nineteenth century. Among the numerous works of art in the garden, the imposing Egyptian obelisk (1,500 BC) and the large porphyry basin from the Roman era placed in the center of the ancient amphitheater are immediately noticeable. The various caves with waterfalls of the Medici era; the Buontalenti one is famous because it is where the Vasari Corridor ends (the secret passage); a precious example of mannerist fantasy. Going up to the top of the hill you reach the Porcelain Museum; from here you can enjoy a 360° view of the city and the surrounding hills, a true moment of relaxation and meditation. Given the large spaces of the garden and its complexity — a true open-air museum — as well as the abundant works of art that can be visited, we recommend a stay of 2-3 hours (2 of which with the guide).