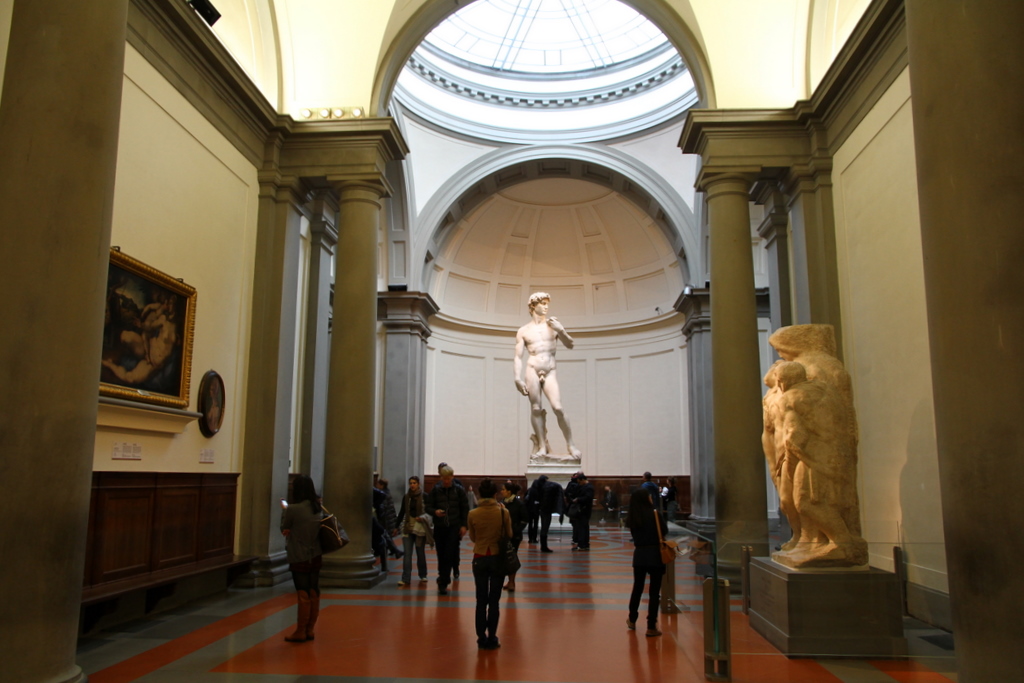 Guided Tour of the Academy Gallery

THE RIGHT TOUR TO DISCOVER THE "DAVID" AND THE OTHER MASTERPIECES OF MICHELANGELO: THESTATUES THAT SPEAK TO US

Academy Gallery Smart: The Accademia Gallery in Florence houses many important works of art, but is mainly famous for the sculptures of one of the greatest Renaissance artists, Michelangelo. Thousands of tourists every year visit the Academy especially to admire its masterpieces or the Prisons, San Matteo and the magnificent statue of David, located in the Tribuna which was built specifically to house the work after its transfer from Piazza della Signoria. The other rooms of the Gallery host masterpieces by other great Italian artists such as Sandro Botticelli, Domenico Ghirlandaio, Pontormo, Andrea del Sarto, Alessandro Allori and Orcagna, to name a few. The most famous work kept inside the Galleria dell'Accademia is undoubtedly Michelangelo's David. This sculpture is in the place of honor of the gallery, and dominates with its imposing size on visitors: it was transported to this location in 1873, and the room in which it is housed was built specifically to better position the statue. Originally, the statue of David was placed in Piazza della Signoria. In addition to the David, the guided tour of the Accademia Gallery will allow us to discover two other masterpieces by Michelangelo: the Prisons and the San Matteo, both admirable in the museum rooms.

Discover the other masterpieces of art preserved in the Accademia Gallery

During the visit you will be able to admire other works of art kept inside the Accademia Gallery, less known but equally worthy of being visited. In addition to some sculptural groups, the museum houses a vast collection of paintings by Florentine authors active between the thirteenth and sixteenth centuries, as well as a significant catalog of gold altarpieces and Gothic works. At the end of the guided tour you can stay as long as you want inside the museum. The entrance ticket also guarantees entry to the interesting Museum of Musical Instruments.

Combine your visit of Academy Gallery with a cultural walk that runs through the main streets and historical monuments of Florence.

Walking for about two hours in the historic center with your authorized guide you have the opportunity to know more about the history and centuries-old traditions of the city and its most illustrious characters who, over the centuries, have brought it its reputation as a “cradle of the Renaissance and civilization ” all over the world. A walking tour of the city center. Your professional guide will lead you through the streets of the cities giving you valuable information on its main monuments. You will admire attractions such as Piazza della Signoria, Palazzo Vecchio, the Baptistery, Brunelleschi&#39;s Dome, the Church of Santa Trinità and Orsanmichele, and the famous Ponte Vecchio. You can go through the famous shopping streets to buy beautiful souvenirs and browse the historic craft shops.