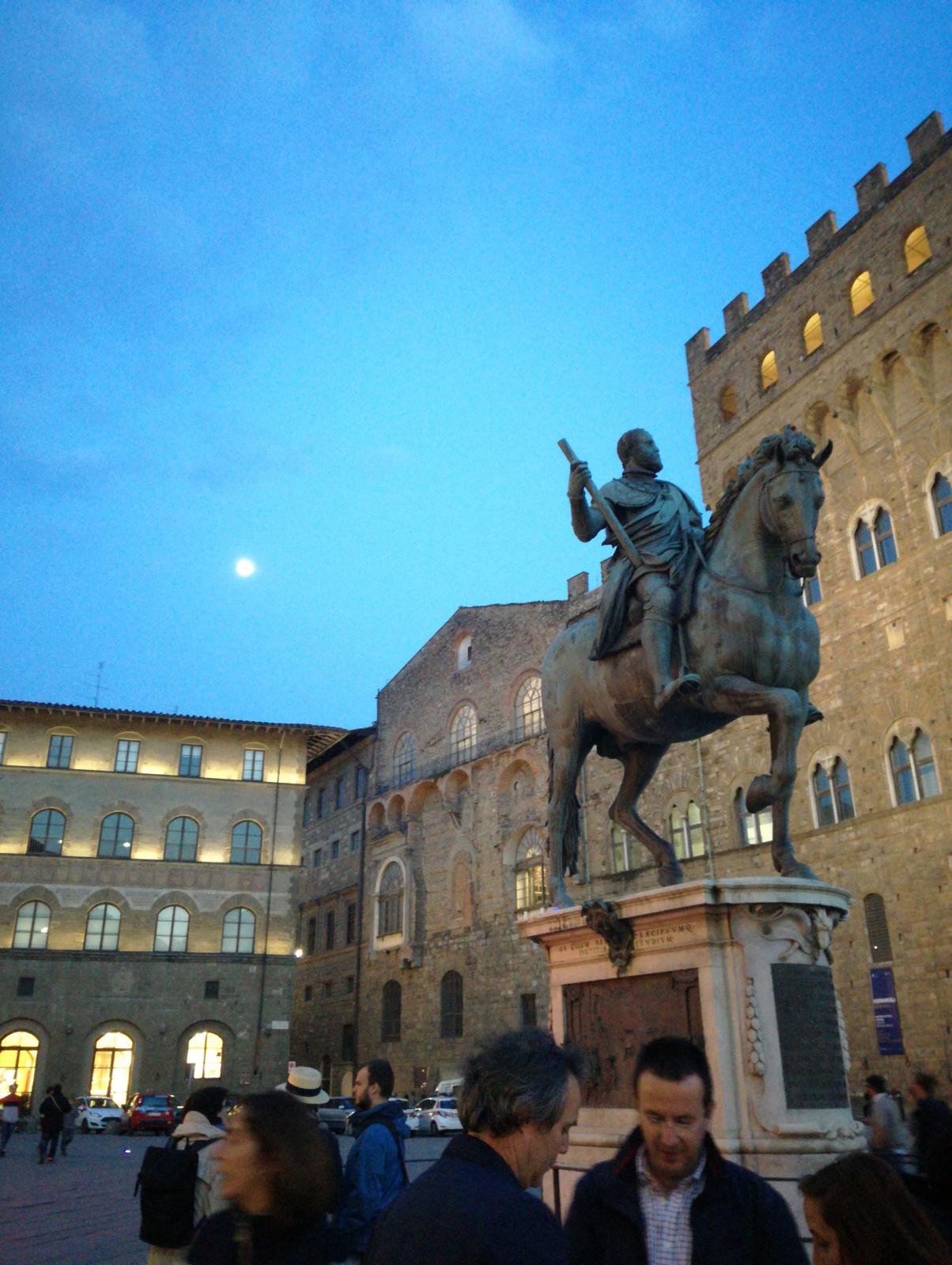 An historical walk to get to know the dynasty that made Florence the world capital of art and culture.

WHERE DO I SEE “THE MEDICI” IN FLORENCE?

External walking of San Lorenzo Basilica, Medici Palace and Piazza della Signoria. Where can I see the Medici in Florence today? What are the buildings and works of art that belonged to the family? And the places witnessing the rise, consecration and decline of their power? Where does their name come from? You can see all this along a journey of about 2 and a half hours in the company of your guide who will make you participate in the historical and artistic events that have left us this wonderful city as a legacy. A single name for, in fact, two distinct families but both protagonists of the fifteenth and sixteenth centuries; from the politics of “crypto-lordship” to that of “absolute and personal power” of the first Grand Duke of Tuscany. Two completely opposite views of the city government but which nevertheless proved successful due to the affirmation of power before and to its holding after.

GUIDED TOUR OF MEDICI PALACE, MEDICI CHAPELS AND PITTI PALACE: GLORIES AND TRAGEDIES OF A DYNASTY

History and art come together in a Renaissance and innovative Florence. Do you know what Renaissance means? Yes? And what are you reborn from? Why in Florence? And do you know why Florence is known as the “cradle of the Renaissance”? Have you ever wondered why in the same years and in the same city (Florence) the greatest artists of all time were found, even if only for short stays, from Michelangelo to Raphael and Leonardo da Vinci? What made them come to Florence? The historic walk is joined by a guided tour inside the family mausoleum, the Medici Chapels, where members of the dynasty such as Cosimo the Elder, Lorenzo “the Magnificent” and the last heir Princess Anna Maria Luisa rest. Access to the Chapel of the Princes and the New Sacristy is also included; Michelangelo&#39;s masterpiece! Here you can see some of his graffiti designed by him in the period when he was hiding from the Medici for fear of their revenge. An interesting story with a happy ending. Finally, the visit of the last Medici residence: at Palazzo Pitti we will visit what is now the Palatine Gallery which tells the glory and power of the Grand Dukes and Grand Duchesses, of their favorite artists, intrigues and jealousies, ambitions and genius, struggles without exclusion of shots. Here are exhibited masterpieces by Raphael, Andrea del Sarto, Rosso Fiorentino, Pontormo and other illustrious artists of the 16th and 17th centuries, including Artemisia Gentileschi and Caravaggio.

COMPLETE THE TOUR WITH AN INTERNAL VISIT OF SAN LORENZO BASILICA

Sublime jewel of Renaissance architecture and first cathedral in the city. Church consecrated in 393 AD by Bishop Ambrose and then named after the Christian martyr San Lorenzo. The current external architecture and part of the internal one date back to around 1420 based on the design and execution of the father of Renaissance architecture Ser Filippo Brunelleschi (here called Pippo). The Old Sacristy is the same, perfect example of geometry, proportions and perspective that characterize the art in which Brunelleschi was master and jealous holder of his secrets; especially regarding the construction of the dome of the Cathedral of Santa Maria del Fiore. Inside, the most striking work is The Marriage of the Virgin by Rosso Fiorentino, a great work of Florentine Mannerism. A little further on, always on the right side, there are La Pala del Sacramento by Desiderio da Settignano and a bronze organ by Donatello on which scenes from the Old Testament are beautifully carved. In the Martelli Chapel, a sarcophagus of the Martelli family by Donatello or his workshop and the Martelli Annunciation by Filippo Lippi (around 1450). Old Sacristy where the genius of Brunelleschi joined that of Donatello. The sacristy has the shape of a cube, surmounted by a dome. The chapel, dedicated to San Giovanni Evangelista, is divided into 12 segments. The frescoed vault reproduces the position of the stars and planets on Florence on the night of July 4, 1442.